Get a demo
See our customers

Getting Scalable, high-return marketing analytics without a data science team 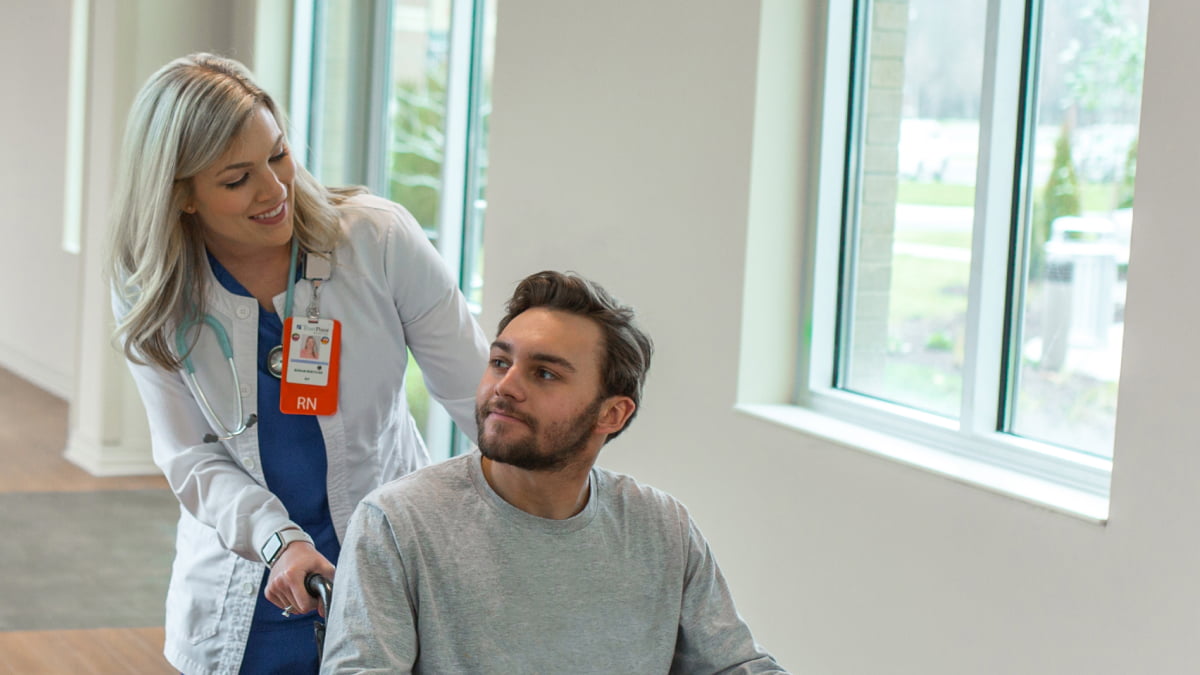 share
We were immediately impressed that Invoca was thinking the same way that we were and that they had solved problems that we need to solve, and going a step further in tackling it at a multi-billion enterprise level—like us.

The company has long been aware of the benefits of using call tracking and analytics for its marketing programs. It has been tracking call data since 2013 when it was a medium-sized business that had fewer than 20 facilities. “Phone calls are the first time that customers get to interact with us, so optimizing that channel is very important to us,” said Ryan Beagan, VP of Marketing at Acadia. The company spends millions of dollars on advertising every quarter, driving millions of visitors a month with its marketing and advertising initiatives.

“Nearly 90% of people who become patients end up calling at some point in their journey. It all starts with the phone call.”

As Acadia grew, we had difficulty scaling our call tracking platform—we were always driving the product enhancements and they were not providing new solutions to us.

With 180,000 phone calls per month routed to 2,300 destination phone numbers at nearly 300 facilities, Acadia was at the breaking point and needed to substantially increase the operational efficiency of its call analytics efforts in order to optimize its marketing at scale. “Our previous call tracking provider was a great partner for us when our business was smaller,” said Beagan, VP. “As Acadia grew, we had difficulty scaling our call tracking platform—we were always driving the product enhancements and they were not providing new solutions to us.”

Without being able to scale solutions that allow them to see what was driving each touch with marketing before a phone call, it was difficult to tell what should be counted as a success. “As you go down the funnel and bring in more human touch points, you start to lose out on data and information,” said Beagan.

Additionally, with its previous solution, Acadia had an 85% conversion attribution accuracy rating because its old system could not keep up with the call volume. This required them to allocate more people from the team to manage the system, clean the data, purchase phone numbers, and make sure routing is operating properly. The drain on resources and the lack of ability to further scale marketing campaign optimizations necessitated a change.

Invoca’s Ease of Use Creates Operational Efficiencies
“We were immediately impressed that Invoca was thinking the same way that we were and that they had solved problems that we need to solve, and going a step further in tackling it at a multi-billion enterprise level—like us,” said Beagan. Further, Acadia selected Invoca because of the ease of use that it provides. In the dashboards, everything can be clearly seen at the “50,000-foot level.” “With a couple clicks the platform becomes useful to the entire department that needs to see things at a more granular level for specific locations, regions, or any other way they want to cut the data.” After launching Invoca, call campaigns and the platform are managed by just two people, where previously it took 8 to 10. “We can now make changes to campaigns, like changing the routing number for a facility, within minutes instead of hours or days.”

Much of the complexity of Acadia’s marketing comes from it having 290 locations. Each location also has multiple destination numbers that can be routed to based on the medium or the channel that generated the call, which adds up to over 2,300 destination numbers that need to be mapped in Invoca. Unlike most companies where this type of technology would have to be under IT, Acadia can now manage it themselves in marketing whether its changing call routing or adding an IVR, using Invoca’s multi-destination capabilities.

“At the scale we’re doing it at, we can impact 200k+ phone calls with the click of a button and that ease of use brings a lot of value,” said Beagan. The results have been substantial, Going from a 91% to a 96% margin, which for a company Acadia’s size equates to millions of dollars.

Today, when they have to make changes to campaigns across the board, one person can get it done in three hours where it used to take three people four days to do. “With 2,300 destination phone numbers, being able to make these adjustments quickly is huge for us.”

We were immediately impressed that Invoca was thinking the same way that we were and that they had solved problems that we need to solve, and going a step further in tackling it at a multi-billion enterprise level—like us.

Understanding and Applying Optimization Data — Without a Data Science Team
“We are getting more accurate and granular attribution all the way from web analytic data to call tracking data to the CRM in Salesforce, and being able to connect all those dots and attribute each call to the revenue it generated is huge,” said Beagan. Acadia’s marketing team is now able to identify the best-performing campaigns and initiatives and double down on those. “In real time, we can actually see what’s performing and driving calls.”

Acadia is also using Invoca to optimize paid search and SEM on Google, Microsoft Ads (Bing), and Facebook. “We’re analyzing and optimizing on the facility and line of business side, which we were not able to do before.” They now analyze four-month rolling trends to understand how much of the budget is being allocated by channel, time of day, age, gender, and even down to disorder within each line of business. Custom data fields and Invoca reporting allows them to do it. “In just the last 4-5 months we went from 180,000 calls to 225,000, a 25% increase in call volume.”

Using Invoca Integrations to Take Real-Time Action on Data
Paid search platform integrations are critical to Acadia automating bidding processes. When they began pushing PPC data into Kenshoo for bid management, it was double-counting conversions which made the CPC-based algorithm bid incorrectly, wasting valuable ad spend. When connected directly to Invoca using its native integration with Kenshoo, that trued up the conversion data allowing the algorithm to bid accurately and show them more accurate outcomes. “We have seen an uplift in call volume just from this one integration,” said Beagan.

Acadia also uses the Optimizely integration to discover in real time how A/B tests on landing pages are impacting call volumes and conversion rates. This previously had to be performed manually.

With the Google Analytics integration, they can also discovered that what they previously had assumed were low-quality landing pages were actually driving significant, high-quality call volumes. “With one of Google’s recent algorithm changes, we saw some massive web traffic dips on those lower-quality pages, but call volume actually went up.” Without Invoca, they would likely have deemed the pages ineffective since they would be judging their performance by web traffic alone.

We can now make changes to campaigns, like changing the routing number for a facility, within minutes instead of hours or days.

Want to learn more about Invoca? Request your personalized walkthrough of the platform.